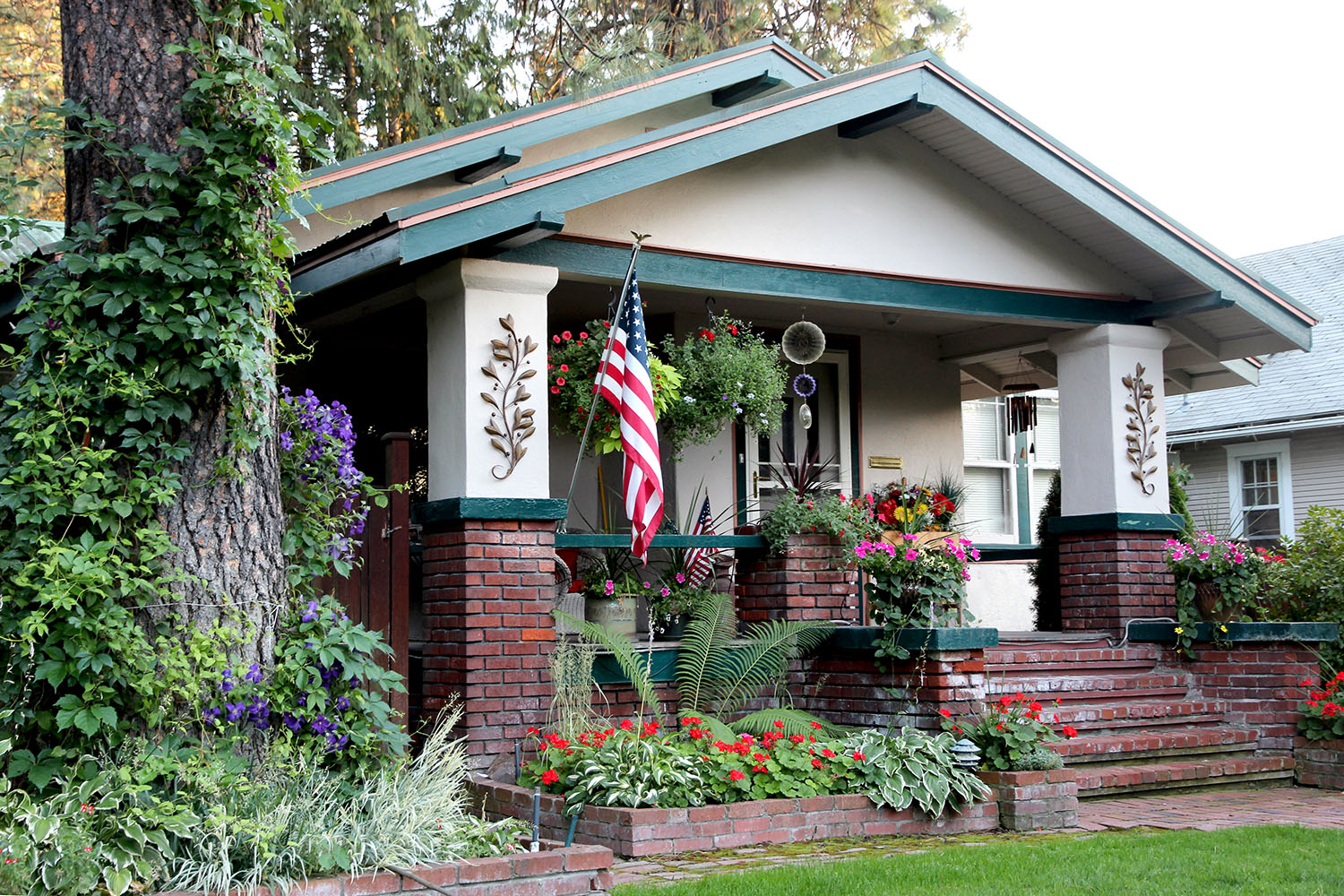 When looking for a home, some buyers are extremely specific about which architectural styles they like, and which styles they do not. Some buyers could care less and are more concerned with neighborhood. However, if you are a buyer that has strong opinions, it is good to review the possibilities. It is also good to make sure you have an accurate vocabulary to describe the details you like about home because many homes have variations within the designs.

The Intown Homes of Atlanta offer a wide variety of architectural styles giving buyers lots of choices. Here are a few that you will see.

History: Originated as far back as 1675. Reached height of popularity in 1930’s. Cape Cod homes are historically characteristically small and reliant on dormer windows for additional light.

Country French-style homes in the United States date back to the 18th century. At that time, France occupied much of eastern North America with settlements scattered along the principal waterways, such as the St. Lawrence, Great Lakes, and Mississippi valleys. French building traditions started to fade after President Thomas Jefferson purchased Louisiana in 1803, but this house style remained popular in New Orleans and other areas for another half-century.

Country French homes are often one story with many narrow windows and paired shutters, steeply pitched roofs (either hipped or side-gabled), stucco walls, and a half-timbered frame. The curb appeal really stands out and often feature stunning driveways and landscape designs.

The Colonial style—dating back to 1876—is one of the most popular home styles in the United States. Colonial-style homes usually have two or three stories, fireplaces, and brick or wood facades. The classic Colonial-style house floor plan has the kitchen and family room on the first floor and the bedrooms on the second floor.

Colonials are easy to add on to at the side or the back. A brick facade may be difficult to match, but a builder or designer can help you find complementary siding materials.

Search online for reproduction Colonial-style materials, such as divided-light windows, to help you make a smooth exterior transition.

There are several styles of houses (such as the Queen Anne) that fall within the Victorian Era, which lasted from about 1860 to 1900. Homes of the Victorian Era were romantic, distinctive, and abundant with detail, from the fabrics and patterns to the colors and textures. Contemporary Victorian house design retains the traditional characteristics but uses more modern fabrics and colors. Traditional and contemporary can be combined nicely in these houses.

The name of this style suggests a close connection to the architectural characteristics of the early 16th-century Tudor dynasty in England. But the Tudor houses we see today are modern-day re-inventions that are loosely based on a variety of late Medieval English prototypes.

No matter what house style you have, it’s all about the curb appeal. Watch and learn how to enhance your home’s elegant Tudor style using these signature exterior details.

Use these ideas to play up the different materials, colors, and textures found in Tudor-style homes.

The Craftsman bungalow (also known as Arts and Crafts) was a popular house style between 1905 and the 1930s, and it’s making a comeback today. If you’re wondering what a Craftsman house looks like, step inside. One distinguishing feature of the style is the large amount of interior woodwork, such as built-in shelving and seating.

As for the exterior, Craftsman-style homes often have low-pitched roofs with wide eave overhangs, exposed roof rafters, decorative beams or braces under gables, and porches framed by tapered square columns. Craftsman bungalows often have unfinished but usable space in the attic that can offer great renovation opportunities.

Craftsman-style homes hold a lot of potential. See how to play up your home’s charming Craftsman aesthetic with these curb appeal ideas. Your large patio and front yard will look better than ever.

Medieval styles of the English countryside inspired American architects to design the charming and cozy cottage-style houses we know today. The style became especially popular in the United States during the 1920s and 1930s.

Mediterranean styles of architecture, such as Spanish colonial revival (also known as Spanish farmhouse or Spanish eclectic) flourished in Southern California during the 1920s and 1930s following a noteworthy appearance at the Panama-California
Exposition of 1915.

Mediterranean-style homes often feature a low-pitched red tile roof, arches, grillwork, and a stucco or adobe exterior. The typical U-shape Mediterranean floor plan is oriented around a central courtyard and fountain, making the garden an extension of the living space. Rooms open to the courtyard, promoting cooling cross-ventilation and the flow of fresh air.

Traditional ranch-style homes usually have simple floor plans, attached garages, and efficient living spaces. The style dates back to 1932 and is still being built today. It was one of the most popular styles in the suburban home-building boom of the 1950s and 1960s.

Although they may appear plain or cookie-cutter on the outside, ranch-style homes offer great potential for additions. Bilevel and trilevel homes evolved from the ranch style and were built during the same era. Because of their simplicity, ranch-style
house plans are easy to upgrade with additions.

Referring specifically to architect-designed homes built from about 1950 to 1970, the term “contemporary” has come to describe a wide range of houses built in recent decades that concentrate on simple forms and geometric lines. Contemporary-style homes reflect the experimentation and dynamism of the postwar modern period in which many modernist ideas were integrated into the American aesthetic.

You will often see elements of different styles combined in one home. It’s a product of one era moving into another while retaining some features of the previous period, and it can easily be adapted to your design scheme. Although you should avoid a hodgepodge of styles, you can alter a particular style for your addition, especially considering the many house styles to choose from. Once you understand the style of your existing home, you can thoughtfully move forward with the design of your
addition.

For example, juxtaposing building materials and mixing window shapes create architectural intrigue between this home and its addition. Although they were built at different times and feature contrasting materials and elements, they are connected by the use of angles and strong geometry. 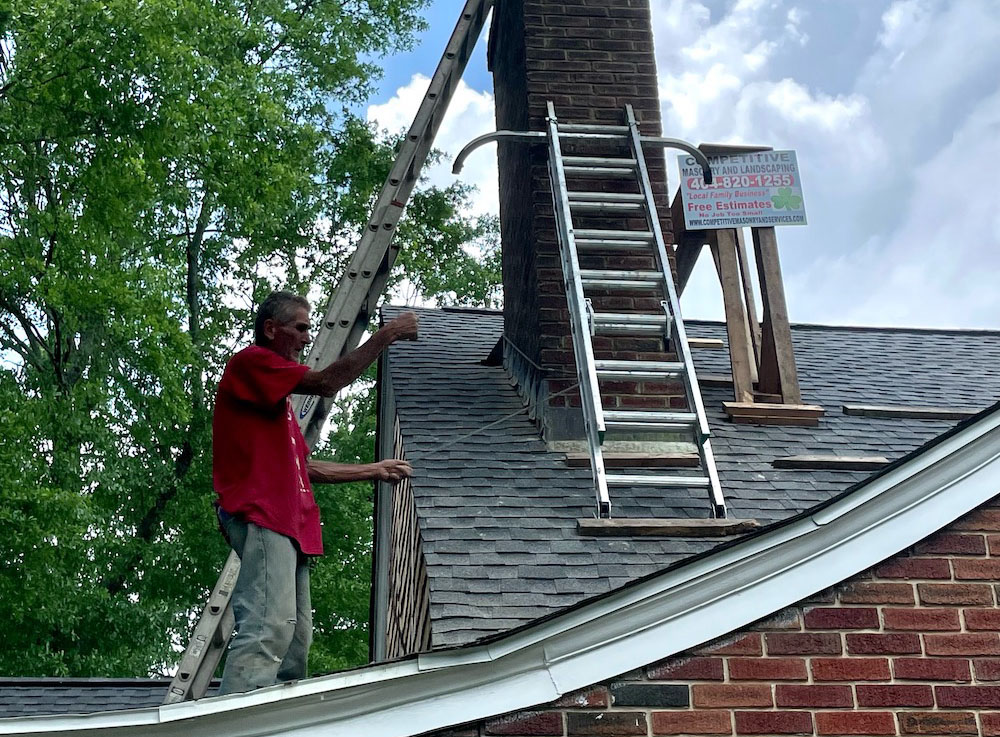 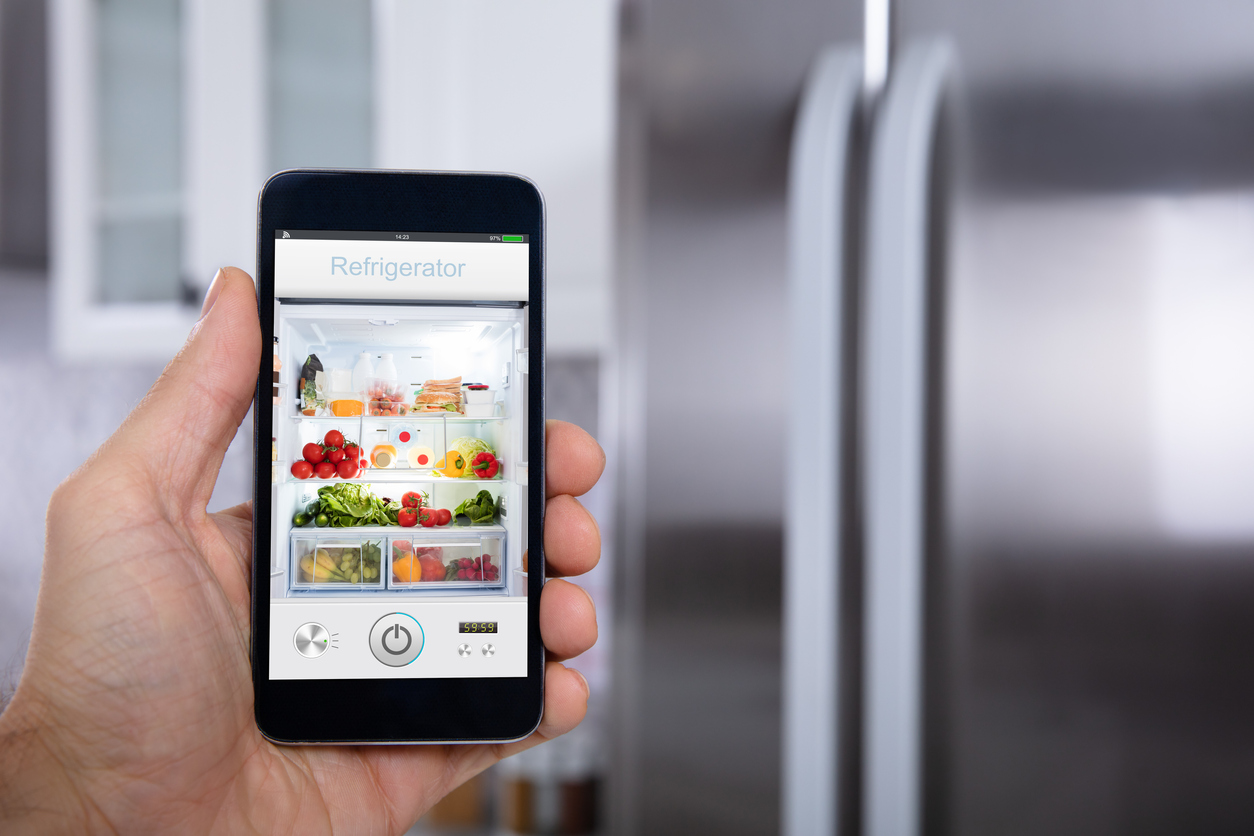 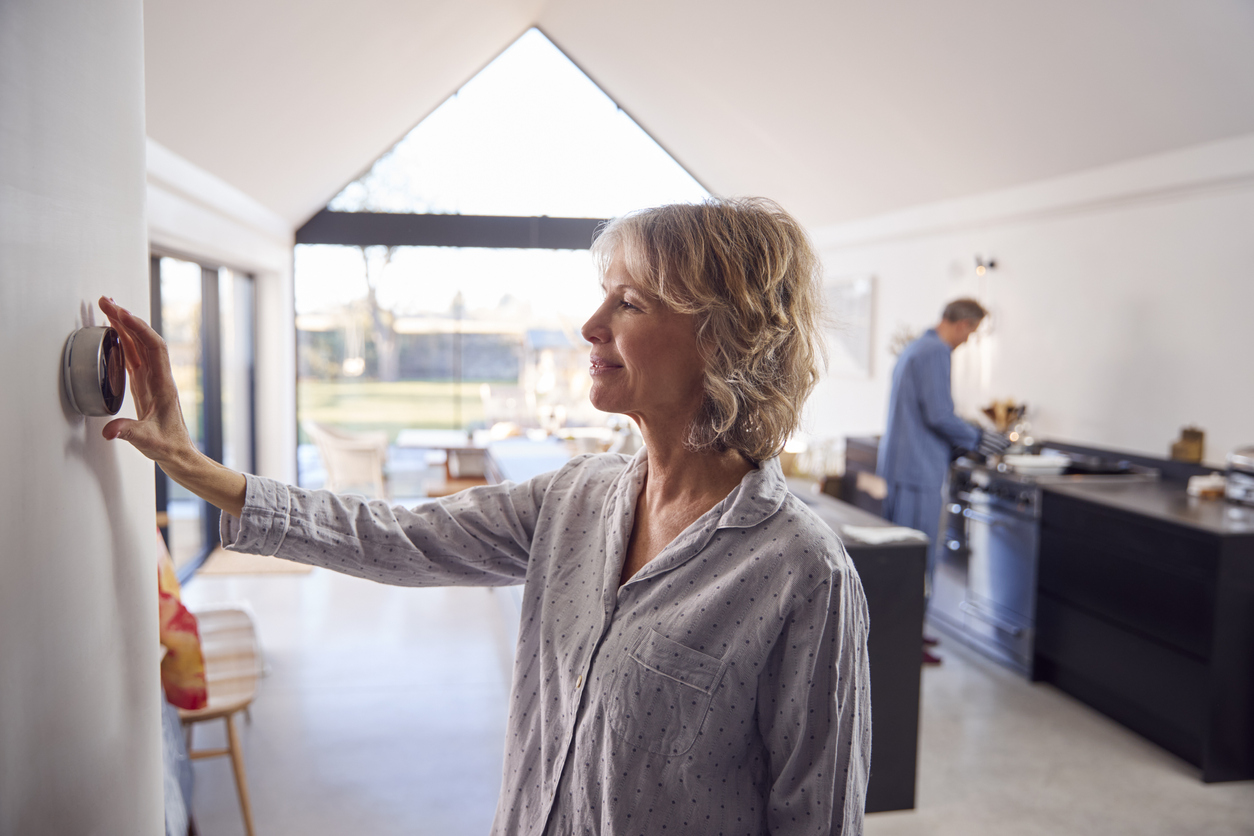